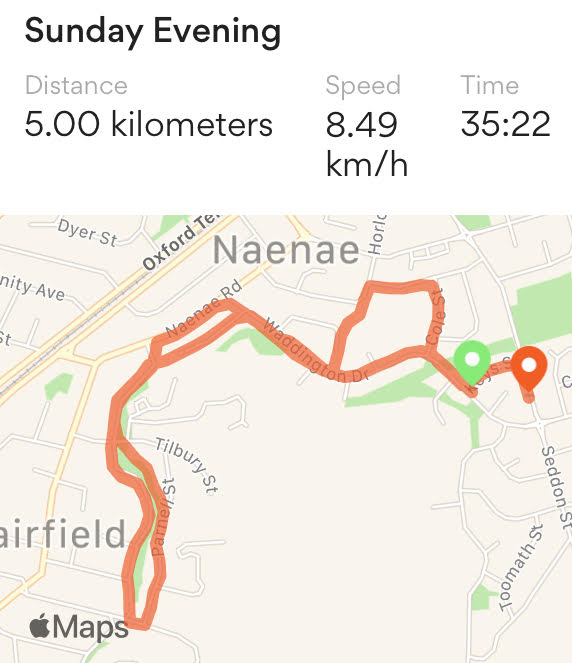 So today marked a pretty big milestone in my training.

Centred around big runs on Sunday, I’ve been looking forward to this one for a while.

It was a 35 minute run – something which has been more than a little daunting for me in the past.

Setting out was tough work, with my legs still sore from the week that’s just been. Eventually they settled into their work though, and I was able to complete the run without stopping. I was able to set myself off at a consistent pace of 7mins per kilometre.

Towards the end, I was becoming more and more aware that I could actually get to a bit of a distance milestone: 5km!

Being that I’m training for a 10km run, it was a pretty substantial milestone to be reaching.

So far, following the plan, I have completed 19 training runs out of the 41 I’m set for. So not half way through the trainings, but I’m half way in distance.

In addition, I’ve run a total of 46.74km in training – so over a marathon run since mid November!