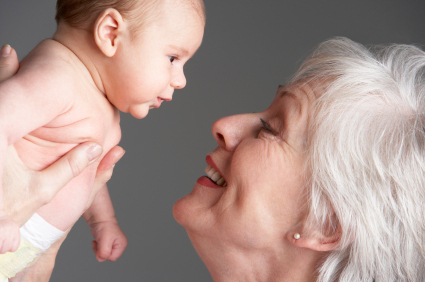 For a while now I have been in conflict with the use of hymns in church today. Is there a place for them? Why do we still sing them? Are they still relevant?
As a church, we are constantly reflecting on whether we are “catering” for all generations. But we still need to be “providing” for specific audiences, or targeting them.

I have been to churches where hymns have been made mandatory. It was a requirement. But the intention behind that was as a token to the older generation in the church who “didn’t have any songs” of their own to sing. This is what I call “providing” for the older generation.
I have heard both sides of the hymns argument. I know them back and front. Part of me agrees that there is a place for them in a service. And then I attend a service where the majority of the songs are hymns and I think why do we have to keep going back to these archaic tunes?

Because of this, I don’t want to get into that debate. What I want to do is come from it at a different angle. I have prepared 5 reasons why we need to provide new worship music for the youth and young people in today’s church.

#1: The Future of the Church

I appreciate the amount of time and effort people put into building a church as much as the next person. Countless hours and manpower goes into making services, ministries, and outreaches happen. There is a sense that we owe something to our older generation for that which they have given. Whilst this is the case, believe it or not, the future of the church is actually in the youth of today. Tomorrow, they will be the leaders. Tomorrow, they will be the body of the church. Tomorrow, they will be building the church further.
But I can tell you now, that there are things that keep youth in a church, and things that don’t. Relationships keep them. Friends keep them. Respect keeps them. Having them feel like they are a part of something bigger keeps them. Ownership keeps them. Music keeps them. However, from experience; music also turns them away. Hymns don’t fit anywhere within their iTunes collection. You wouldn’t see young folk with their car windows down with the soulful tunes of yesteryears organ blaring from their speakers. It would be a rare occasion that young people would ever go out to listen to hymns. The local mall even resorted to the musical strategy of playing “Classical” music (of similar era to Hymns) in an attempt to “move along” the young people that loitered outside. The reality is that music will draw people in or move them away. Do we want the future of the church to be “moved along” by using songs from yesterday? Or do we wan tto draw them in and envigorate their faith with music that they find acceptable and useful to worship with?

#2: Where Music Comes From

This next reason could get a bit confusing – so bear with me.
Elvis was 19 when he began recording. When the Rolling Stones hit the stage, Mick Jagger was 19. John Lennon, 20; Paul McCartney, 18; Ringo Starr, 20; George Harrison, 17 when they rose to fame. Neil Diamond was in his 20’s when he began his music career.
All of these now have incredible songs which will last for ages. Some of these will last beyond generations. Some people, like myself, who weren’t even born in these decades will still find their music preferable to today’s popular tunes. And there in-lies the point.

Music is preference. It is an opinion of what is good and what is bad. But the main reason behind this is actually relevance.

But music is created by the peers of each generation. Take one Justin Bieber, One Direction, Taylor Swift or Miley Cyrus. All have their followers and fans of today’s generation. Neil Diamond and Cliff Richard still have their own followings, and still have great songs. We need to make the music relevant for the people. Imagine if Neil tried to release a new album using today’s ‘pop music’ model. Tears to well up (of laughter or pain – I’m not sure!). His songs are no doubt great and still have their place in music history, and everyone sings along to ‘Sweet Caroline’; but if all we had was Neil Diamond hits, we would only be drawing in a particular type of person. As a church, we therefore need to diversify the music. But so much emphasis is placed on making sure we meet the needs of the older generation with ‘classical’ or ‘Neil Diamonds’ that we are losing the ‘Beliebers’ and Swift fans.

#3: Give the Youth their Song

“Oh! I remember this song!” “We used to sing this all the time when I was younger!”. These joyous statements are very common among musicians I have worked with when bringing songs of the 1970’s and 1980’s. Songs like ‘Because He Lives’, ‘I Stand in Awe’, and ‘Create in me a Clean Heart’. This is because these are the songs that defined their growing up. They stir up the childhood emotions that they hold onto firmly as the grounding of their faith. They possible learned to play their musical instruments using these songs. It seems ironic that these musicians would also be people who prefer hymns over modern contemporary songs, but I don’t hear that same excitement from singing hymns. Why? Well, because the hits that they grew up with are the ‘Sweet Caroline’ songs for them.

So what for today’s generation? What do we want them to get excited by? What are we providing for them to cherish and remember? Songs from two generations ago? Songs from the middle ages? Or songs that they like; that their peers made; that they connect with? When they are older, do we want them to have that same “I remember this song” moment, or will it be more like “Oh I remember this song that my Mum and Dad sung”. Do we want them to remember how they “used to sing this all the time when I was younger”, or remember how they “used to sing this song because they used to sing it all the time in the 1980’s”?

A wise man called Lloyd Rankin once said (and I remember if because it is so true) that he chose to let the youth in his church have their song. He “chose to be the more mature man”, and let go of his favourite songs in order for the youth to have their songs. At the end of the day, he said, he can always go home and play the songs he wants to hear after the church service. He had the maturity in faith and mentality to put his preferences aside. Maturity that today’s generation can only learn in time.

Have you seen a child when a tune comes on? They bob, bounce, flap their arms, bend their knees. In due course, many will hum or sing with the melody, others shot out the lyrics when they know them. God wants this. He wants a child-like faith where we come with no adult preconceptions or trying to understand everything. He wants this from us. And worship is what we give to God. It is our offering. God wants us to come as a child.

According to Lloyd Rankin, maturity is going to be easier for the older generation, and humility is also a great form of worship.

My final reason is said several times through the Psalms – the book of songs, largely written by David. “Sing to the Lord a new song”. It is a continuous striving of looking for these new songs that creativity in worship exists. Not once does it say “Sing to God an old song that you like and sing it again and again.”. Developing Worship presenter Sam Middlebrook puts it elegantly where he says “I hope that the best worship song has yet to be written”. It’s a good way of looking at it. We need to keep striving for the perfect worship song, because that is what God deserves. We want to be able to express to God all that He deserves, and we do not have the adequate words to do so. Singing a new song will hope to create this. We sing it because it refreshes our worship. We are not some stuck record that is rolling round the same old songs time and time again. If we don’t sing the new songs because we are too busy reminiscing, remembering, revisiting the nostalgia surrounding hymns and old songs, we will never sing the new song intended for God that comes from deep within us.

So that’s it. Five reasons why we need to cater our music towards the youth of today. In conclusion, don’t be deluded into thinking I am saying “Get Rid of Hymns”. I am not. They have their place. But just as Neil Diamond has his place on today’s radio stations, they should be limited, in order to allow today’s music to make their mark and influence for tomorrow. What I am saying is we should be catering for all generations, but providing for todays generation.