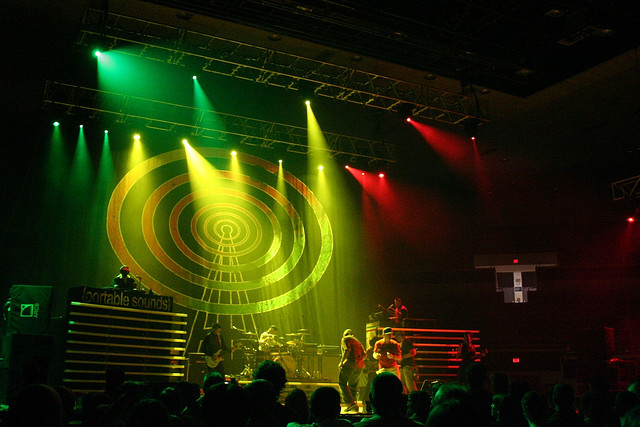 The latest album by Tobymac, titled Portable Sounds has been playing through my earphones for the last 3 months or so. But why I’m writing about it now is because it has finally clicked with me.
Unlike his previous albums which are titled after tracks on the CD, this one is separately titled.
I brushed this aside, as it occurs regularly on the titling CD front.
The songs on it are typical tobymac, but the range of styles is wider. There’s a hint of blues, a bit of Backstreet Boys, the typical Rap/Hip Hop and Reggae. Not to mention the Opera that snuggles its way into one of the tracks.
This was something I realised ages ago, that he’s done all these different style of song on one CD.
This is where the title becomes important. “Portable Sounds” is saying that Christian Music doesn’t have to be about Hymns, but that it can sound exactly like secular music, whilst still maintaining a strong Christian message. The sound is portable, from secular into Christian.

In saying this, I have not read into what tobymac says is the reason behind the titling of this album, but one thing is for sure: Despite being about all these different styles and genre’s, this album still holds that essential tobymac style.
★★★★★ – 5 stars